Don't Miss
You Are Here: Home » General » We Are Aliens! 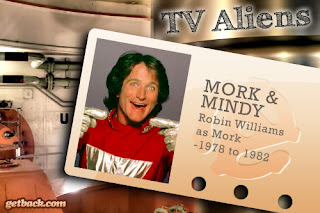 Being a foreigner can sometimes get to you. People stare, people talk behind your back, people giggle as you pass by, people wonder what you are shopping for at the supermarket, people walk up and ask you strange random questions. You’re even called Aliens by immigrations and customs…

But kids definitely take the cake, their honesty, naive way of looking at life, how their little minds put two and two together really help bring comedic relief to our lives.

KA moms shared stories of the hilarious conclusions other children around them have come to about the life and look of the Foreign Mom (Mum!) 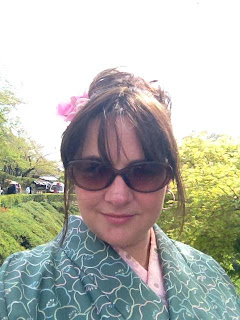 Vicky:
One little kid in our apartment block was fascinated by me. He was about three but a really deep thinker. He came and sat by me in the sandpit when I was watching baby Yoshi one day we had this conversation:
Boy:  My mother says you’re not Japanese.
Me: That’s right, I’m not, I’m English.
B:  How did you get here?
M: On an aeroplane.
.. *thinks for a bit* ..
B: When you came on the plane was it dark?
M:  ??!!?? Well, yes, I guess it was.
B: Are you a ….. SPACEMAN???? (uchuujin!)

Another time a tiny girl was studying my eyes then asked, “Do you see in green, too?”
I asked her, “Do you see in brown.” And we both agreed that we see in all kinds of colours.

Amy:
I had a couple of little girls come up to my husband and I to start a conversation, and when they found out I was from Canada and he was from Japan and that we were married, one of them was like “You can DO that?” She was completely blown away for about 5 seconds, and then she announced that she wanted to visit India some day. I love how fast kids can get over surprising learning experiences like that.

Lulu:
A couple weeks ago at the park a boy about 4 said “You’re not Japanese.”
Me:  That is right. I am Australin.
B: Why?
Me: Because I was born in Australia, my dad is Australian.
Him: Why were you born there?
Me: Because that is where i was born.
Him: Why?
.. This continued for 5 minutes. Later i heard him tell his mum: “She’s not japanese. She’s australian. She was born in Australia and her papa is Australian too. She speaks English. They speak English in Australa. Australia is far.

One of my 3-y/o students asked about my eyes and why they were blue. We discussed my parents have blue eyes so i do too. Just like her parents have brown eyes like her.

Diane:
I’ve had different kindergarten students ask me if I go home to America after I teach their class. They find it hard to believe that I actually live in their city.

T.S.:
The hoikuen I teach at that is a 5-minute walk from my house, lots of the kids have been to my place to play with my kids, they still don’t get it. “How can you have two houses? How can you go to Australia every night?” They are trying hard, but the notion of country just doesn’t work. And the blue eyes: “Have you always had them. Did you have them as a baby? Will my eyes turn blue when I go to Australia?”

Stacey:
My son’s prep teacher in Australia was from New Zealand who went home for a family emergency early in the year. After that he thought she went back to NZ every night.

Lisa:
I used to teach as an ALT (assistant language teacher) at a junior high school. One of the characters in the JHS English textbook was a blonde-haired American named Emily. One of my colleagues — a blonde-haired American named Christy — entered her classroom, one of the girls kept staring at her. Finally, the girl approached Christy and asked her solemnly, “Are you Emily?”

Alexandra:
I was at the park by the yochien (kindergarten) when some elementary school kids showed up and started pointing at me saying “gaijin!” (foreign person). But then one little girl (who I didn’t really know, but obviously she knew me) got up and went over to them and said “She’s not a gaijin! She’s M-Chan’s mom and she lives here!” I will always be grateful to my little defender.

K.T.:
At an elementary school undokai (sports day) some kid said “oh look a gaijin!” And some other kid corrected him “No, you’re wrong, thats L’s mother!”

At the moment the kids at my daughter’s hoikuen (daycare) are very excited to have a “英語の人” (English person) coming every day, and each morning I’m greeted with “Say something in English!” Today they were almost rolling with laughter when i scolded them to “Get inside now!”

Simon Varnam:
I’ll never for get the tiny child who, while the older kids just gawped as I passed, exclaimed,”Ah! Gaikotsujin da!” (It’s Skeleton Man!!)

Lisa:
One of my son’s kindergarten friends knew my son was from Canada and thought that we went back to Canada every night. He told his mom we had a long commute!

Kathryn:
When our oldest niece was about 5 or so she asked why my eyes are blue. My husband asked her why her eyes were brown. She replied it was because she is Ayumi (her name). So my husband told her my eyes are blue because I am Kathryn. She loved the explanation and quoted it for years. She started uni this year! 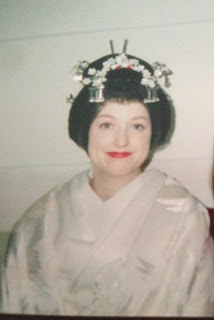 Mary N:
I was walking home yesterday with my daughter’s elementary friends, when some boys popped out and said “There’s a gaijin!” My daughter’s friend, without any hesitation, said, “No, she’s not. She’s S’s mom.”

E.G.:
I got on a train once and sat next to a little boy who was singing a Japanese song to himself, probably something he had learnt at school. Then he looked up and must have realised that a foreigner was sitting next to him. He went quiet and then started singing…’A, B, C, D…’

I once went to a kindy to talk about New Zealand. When it came to question time, there were some inevitable questions about sheep and my marital status. Then one boy asked ‘What do you eat in Disneyland?’ It seems the whole time he thought I was from Disneyland. Sorry, little dude! He was so disappointed when the teacher corrected him.

Delaina:
I’ll never forget the day my student told me I smell like an old man. It happened like this:
I love the smell of men’s cologne and had brought back one of my favorite brands from the USA for my husband to wear, but he’s very sensitive to smells and refused. So I decided to occasionally spritz the inside of my shoes with it just so it wouldn’t go to waste.
One day when I took off my shoes at a children’s class the cologne smell was quite strong and one of the boys piped up, “the teacher smells like an old man!” (Sensei, oyaji kusai!) Apparently only old men wear good smelling cologne’s in Japan.

Claire:
I was at a festival and a little girl of about 4 kept staring and clearly trying to pluck up the courage to say something to me. She finally sidled over and whispered, “Chugoku-jin desu ka?” [“Are you Chinese?”] As a brown-haired, blue-eyed, pale-skinned Brit, that wasn’t what I was expecting to be asked at all!!

And so we have our fair share of light-hearted moments that make us laugh at ourselves and our differences. Everything seems better through the eyes of a child!