Don't Miss
You Are Here: Home » General » You know you’ve been living in Japan too long when…

You know you’ve been living in Japan too long when…

Bowing at toll booths or when crossing the road? Tiptoeing on the tatami like a criminal?  These are  signs that maybe you’ve been in Japan too long. Recently Jessie posed this very question on the KA Facebook page and responses came in thick and fast.

The Japanese tradition of bowing seems to be the one we all pick up and not just not in face-to-face contact. Thea suggested when you constantly bow and duck your head while on the phone, while Laura added, you bow at cars that stop for you when you are crossing the road. JM admitted to in-car bowing to the toll-gate man before paying the fees. This constant bowing doesn’t end upon leaving Japan. CO saw LAURA’S bowing at cars and I’ll raise you doing it when you’re back home while Aimee admits to bowing to American customs officers and almost everyone else when visiting home. 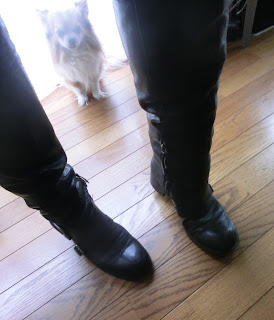 Boots in the House!

The other well-known Japanese tradition of no shoes in the house can be troublesome for us shoe-inside raised foreigners as Thea explains: when you’ve forgotten something in the house, as long as nobody Japanese is around, you forgo the hassle of removing your boots but instead do big tiptoe leaps to said item… all the while feeling like you’re committing a crime punishable by death. Your writer is guilty as charged for this offense! For some though, slippers are just too comfortable, Erinn admits to not caring if you wear your slippers out the door to the mailbox and back into the house again. 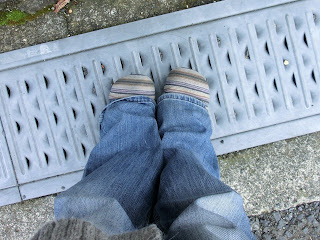 Slippers at the Post Box!
Out of the house, KA mums seem to have adapted well, perhaps too well! Jen is no longer shocked at the sight of a mother carrying two kids and three shopping bags and walking three steps behind her smoking husband. Lynda carries a towel or handkerchief all times(essential during rainy season and summer); RG feels embarrassed when couples kiss in front of [her] (public displays of affection generally not common in Japan); and Catherine now scurries rather than walks if someone is waiting for [her], (that fast half-run many Japanese women have perfected – is there a special school for this?) KO doesn’t even glance sideways at a manbag, sniff-snort-following, keitai straps with soft-toys the size of your head, ‘host-hair’ or the guy falling asleep on [her] shoulder on the train any more. AS, accustomed to the peace and quiet of Japanese trains (bliss!) hears loud English speakers on the train and thinks (eyeball roll) ‘Gaijins!!’ 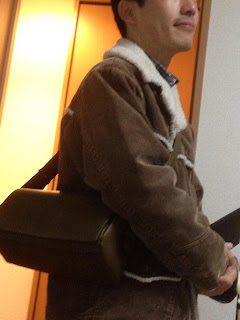 Man Bag!
Our more isolated KA mums, however, get unused to seeing other foreigners! SG stares along with others at the strange new ‘gaijin’ in town’ and MM laments months can go by before I see another non-Japanese. Yesterday…a tall Caucasian dude with a gigantic backpack suddenly hiked by in the forest. I asked the other PTA mums if he was a mirage…
Other KA mums consider they’ve been here just a little too long when they apologise to strangers for helping them; wearing hair items that were fashionable in the 90s – Hello Scrunchie!; have forgotten English vocabulary or use Japanese when speaking English (guilty, honma ni!) or as Jan suggests you’re thinking it’s time to buy a cemetery plot and are starting to plan your stone monument …
Being here too long is not really a bad thing, as this somewhat humorous collection of anecdotes shows, but keeping a sense of humour and of yourself is vital to surviving , living and adapting in a culture that is not only alien but at times just plain weird.
Tags
tweet
Coming Together – Some History
Meet KA Mum…Stacey!